Our board-certified urologists at Advanced Urology Associates can help you diagnose and treat pyuria. 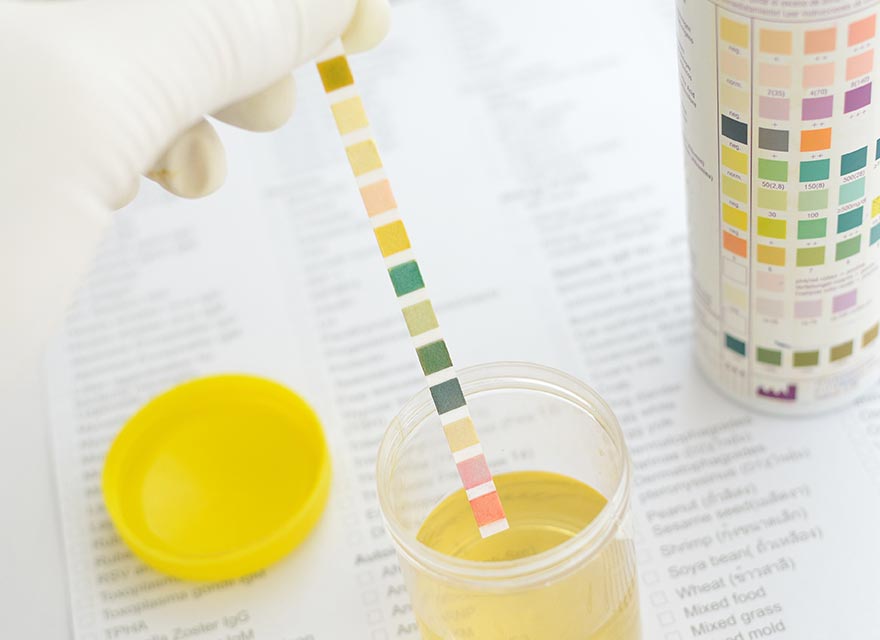 Pyuria refers to having white blood cells or pus cells in the urine. Women are at a greater risk for pyuria than men.

By far the most common cause of white blood cells in the urine is due to an infection of the urinary system – usually of the bladder, but may also be of the kidney. Although infection accounts for pus cells in the urine 98-99% of the time, it is not the only reason. The body typically responds to an irritation of the tissues by an inflammatory response. This inflammatory response is manifested by an increase in the blood flow to the area, slight swelling of the tissues, and an infiltration of white blood cells to help combat the irritation. Thus, any cause of inflammation in the urinary system may increase the white blood cell numbers in the urine.

Bacterial infections are the number one cause of inflammation and are readily found or are able to be cultured from the urine. Certain other bacterial organisms which are uncommon and either require special culturing methods or are unable to be cultured may also infect the urine. Some of these are: tuberculosis, anaerobic bacteria (which grow better with little or no oxygen), actinomycosis, narcodiosis, fungal infections, gonorrhea, Chlamydia, and certain viral infections such as: herpes simplex and human papilloma virus (condyloma /warts).

Some inflammatory lesions of the kidney such as: lupus nephritis, polyarteritis nodosa, analgesic nephropathy, glomerulonephritis, lead nephropathy and secondary syphilis may also cause pyuria.

Parasites like Trichomona vaginalis, Schistosoma haematobium, Giardia lamblia, and Entamoeba histolytica may also be seen in the urine and cause pyuria.

Tumors or cancers of the bladder or kidney often have an area of inflammation surrounding the tumor and thus may have an increased number of white cells in the urine. Stones of the kidney, ureter or bladder typically have blood in the urine, but occasionally will have more white blood cells if they are irritating enough to the urinary system. All tissues heal with an inflammatory response and thus patients with trauma or who have had surgery on the urinary system will have pyuria until they are healed.

Interstitial cystitis is an inflammatory syndrome of the bladder, which may not only have pyuria, but also symptoms fairly typical of the more common bladder infection.

Other problems which need to be considered are Reiter’s syndrome, contamination from the vagina, retroperitoneal fibrosis and chemicals such as soap or medication in the urethra or bladder.

Although the most common cause of pyuria is an infection, patients who do not respond appropriately to a course of antibiotics or who have persistent pyuria need to be evaluated for the less common causes. Occasionally, despite a thorough search for other causes, no cause is found and we call this idiopathic pyuria, which means we do not know why.

If you any have questions about pyuria, contact our adult urology experts at Advanced Urology Associates at 815.409.4930 or request an appointment.