Benign Prostatic Hyperplasia (BPH) is a common part of aging.

Many people feel uncomfortable talking about the prostate, since the gland found only in a man plays a role in both sex and urination. However, it is very common for the prostate gland to become enlarged as a man ages. Doctors call this condition benign prostatic hyperplasia or benign prostatic hypertrophy. However, most people simply call it BPH.

Not to be confused with prostate cancer, BPH occurs when the prostate gland that surrounds the male urethra becomes enlarged and begins to obstruct the urinary system.

The prostate goes through two main periods of growth during a man’s life. The first occurs early in puberty, when it doubles in size. At around age 25, the gland begins to grow again. Many years later, this second growth phase often results in BPH.

Prostate enlargement is very common and just another part of a man’s aging. In fact, about half of all men between the ages of 51 and 60 have BPH. Up to 90% of men over age 80 have BPH.

Why Does BPH Occur?

The cause of BPH is not well understood. No definite information on risk factors exists. For centuries, it has been known that BPH occurs mainly in older men and that it doesn’t develop in men whose testes were removed before puberty. For this reason, some researchers believe that factors related to aging and the testes may spur the development of BPH.

Advanced Urology Associates has years of experience with BPH and can help you decide what treatment is best for you.

There are many options to choose from and we’re here to help find the right one. Request an appointment with us today at any one of our locations. Simply click the link below or call us at 815.409.4930. 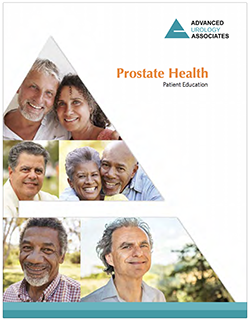