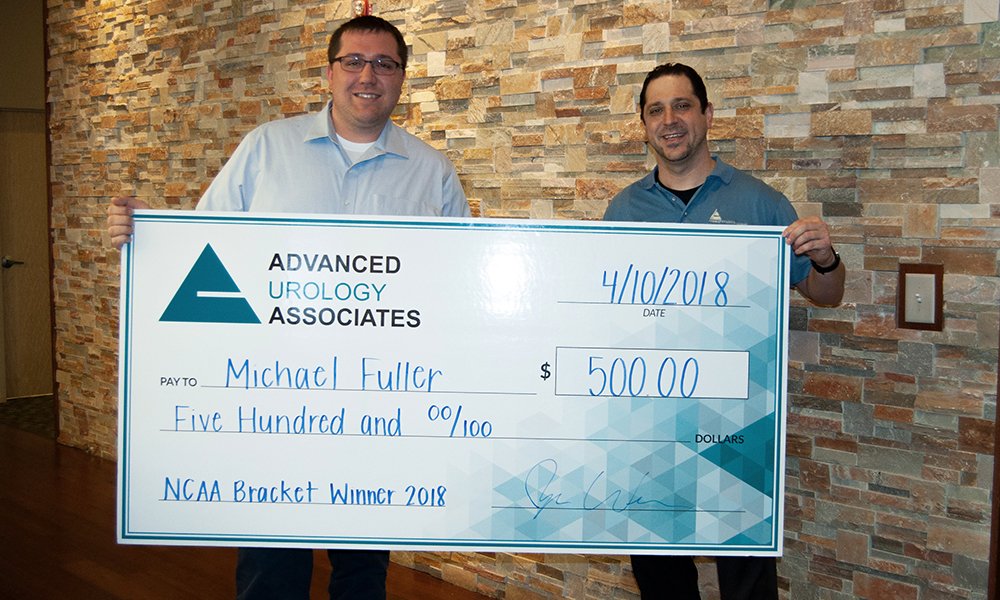 In a year of upsets and Cinderella stories, this year’s winning bracket entry was filled out by Michael Fuller (left in picture). The annual tournament is open to anyone who has ever had a vasectomy with Advanced Urology Associates and this year had one of the largest group of participants to date. The winner-take-all prize of $500 was presented at Advanced Urology’s Joliet clinic by CFO Ryan Weber.

Mr. Fuller was asked what his secret was to filling out his brackets this year. Michael revealed he went to Seton Hall and by loyalty chose them in all his brackets to go all the way. Even though that strategy didn’t work out completely, the choice of picking the other teams in the Big East to go far, including Villanova, seemed to have been the successful formula.